Since its foundation, in 2009, Fast Company Brazil (FCBr) has been supporting international and local companies to successfully land and thrive in the local business environment, by offering them time-tested expertise in management, successful go to market strategy and superior execution.

FCBr has been conducting ARM® Technology’s local business initiatives since 2009. The World famous ARM® architecture is at the heart of the computing and connectivity revolution that is currently taking place worldwide.

Companies that have also trusted FCBr with their local projects in the recent years include Positivo, Synopsys and Kember Associates, among others. 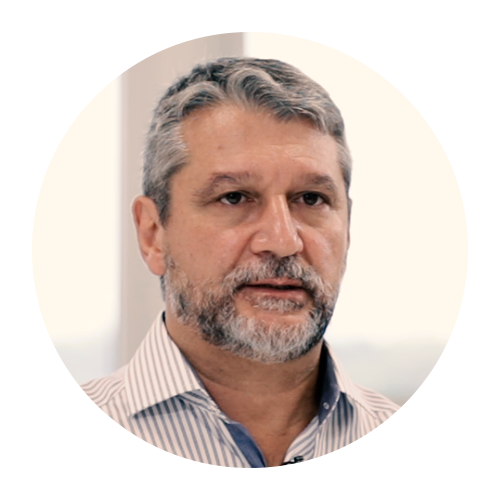 José Antônio Scodiero is a renowned Brazilian tech and business leader who has been at the core of the ever-changing technology industry throughout his successful career.  Prior to founding Fast Company Brazil, in 2009, Scodiero has held many leadership positions at major global and local technology companies such as AMD, Okidata, IBM and Apple.

At FCBr, Scodiero leads a team of industry experts that support multinational companies in the technology segment, such world leading chip-intelligence licensee ARM®, to thrive their businesses in Brazil. As an experienced multinational executive, he brings to the business his vast network relationship with executives of major companies and Latin America’s most important government representatives.

Additionally to his role at FCBr, Scodiero is actively involved with the current wave of digital and business transformation, acting as partner and mentor at BAITA (a successful Brazilian accelerator), having pioneered on the development of IoT startups in Brazil.  He also serves the boards of CONFRAPAR (Brazil’s leading investment fund for technology) and CONIC, the innovation board of FIESP (São Paulo Industries Federation), and and is the Latin American mentor at US based hardware startup accelerator, Make in LA.

José Scodiero is also member of the IoT Chamber, initiative of the Science, Technology and Communications Ministry that fosters research, development and discussions around IoT.

Based in São Paulo, Brazil, Scodiero spends much of his time meeting and exchanging experiences with technology influencers throughout the US, Europe and Latin America. José Antonio Scodiero holds a degree in Electronic Engineer with specialization in Hardware and Microelectronics, and a MBA from FAAP (Fundação Armando Alvares Penteado).

Valter Cegal shares the same passion for the technology market as José Scodiero. With more than 30 years of accumulated experience in big international companies like Ford, Philips and AMD, he brings to the board of Fast Company Brazil important skills like team leadership, new business development and strategic alliances.

While being part of the team of executives, he is responsible for all strategic sales, product management and digital marketing activities.

how can we help you?

Contact us at the Fast Company Brazil office nearest to you or submit a business inquiry online.

Any company that wants to be or is already relevant in the world needs to be in Brazil.